On Tuesday my desktop system killed itself, just doing restarts before even BIOS / UEFI was loaded. The system did its job in playing some games on minimal settings as the system was quite old. The NVidia Graphic Card sometimes blacked out, but a restart could fix it. So now that that system is dead […] 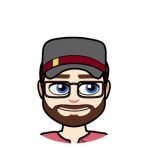